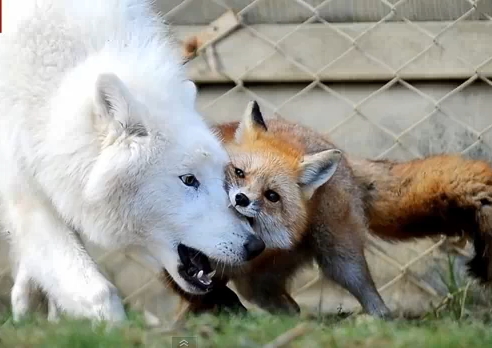 Things had gone downhill between Jack and I. He’d been ignoring me for several days and on the way to our tattoo appointment, he called me a stupid bitch. He needed to go. After I came back from work, I gave him one last chance to prove he wasn’t a total shitbag.

“You know something,” I said. “It just occurred to me that somehow you have nine hundred RMB for a tattoo but no money to help with the rent. Where did you get the money?”

Without looking up from his iPhone, he replied. “My friend gave it to me.”

“You couldn’t fucking ask your friend for rent money? Or food money?”

“Do you even care about any of this? How can you be so casual? Why do you always ignore me?”

“How can you have nothing to say about this situation?” I questioned, on the brink of tears. “Do you even care?”

“I don’t care.” He said as he continued gazing into his phone.

I threw the ashtray on the ground. It shattered to pieces, spraying cigarette butts, glass, and ash everywhere.

“Do you want me to call the police?” He said.

In a blind rage, I grabbed him as he tried dialing.

Finally, he set the phone down and began gathering his few possessions from around the house.

I sat on the bed, helplessly watching him toss his shit into a large backpack. Within twenty minutes, the door slammed behind him. He hasn’t spoken to me since.

I went up to the rooftop to smoke a cigarette and gaze at the Chengdu skyline; pondering what I’d do about my sick dog, who was now refusing to eat and sleeping all the time just like his brother right before he was diagnosed with parvo. In a matter of days, I’d lost my boyfriend and both of my dogs.

I cried myself to sleep. Upon waking at the ridiculous hour of 2 PM, I realized I needed to go to the previous KTV to get the money they owed me from last week. I went there and pretended I would work but of course, none of their shitty customers were interested in foreign women and the managers did fuck all to promote me.

I left around 10 PM and headed out to one of the clubs at Lan Kwai Fang for a drink. I ordered the cheapest beer I could find on the drink menu and scouted the floor for the cutest guy I could find. He invited me to sit with him and toast. An African guy I’d met at that same club messaged me on WeChat, telling me to be careful because there are wolves around. I played it off by replying “They may be wolves but I am a fox”. I finally started to feel better.

This was a mistake. Within twenty minutes, some asshole bouncer with a vendetta against single foreign girls hanging out at his club tried kicking me out. How ironic that on my day off, this fat sack of shit accused me of prostituting. I told him he could ask that guy I was with. I never asked a damn soul at that club for money. Honestly, I have no clue where he got this ridiculous idea from. I slipped back into the club, hoping he’d forget about it. Twenty minutes later, he was back, trying to kick me out again and falsely telling everyone at that table that I was there to swindle them. I’d already had an incredibly shitty day so I didn’t leave peacefully. Four men dragged me out. After I got my things from the coat check, I made sure to hawk a nice fat loogie right in his face. I’m probably not allowed back there.

After I got home, I smoked my last cigarette and contemplated how to end my night. I decided I wasn’t gonna let a few assholes ruin my evening. It may have been a terrible day but the night would end on my terms. I googled nightlife spots in Chengdu and stumbled upon Jellyfish, a sleazy hookup joint with a dance floor not too far from my house.

When I arrived, I was greeted by much friendlier Chinese and foreign faces. I ordered a White Russian and toasted the two cute Chinese guys dancing next to me. Before I knew it, I was on the dance floor with both of them. Later, they told me they’re brothers. They came home with me and I let them take turns. I awoke this morning feeling satisfied that at least something went right yesterday.

Healing the world through travel, soul-searching, and unmasking the naked reality of the human condition. View all posts by Elizabeth Cunningham