A little over one year ago, my good friend Chloe introduced me to the KTV business. I was working for an educational company in Guangzhou with absolutely atrocious management. They didn’t tell me that my contract wouldn’t start until March 2015 until after I already moved to Guangzhou in December 2014. Worse, my first salary wouldn’t arrive until April 20th. I scrambled to find part-time teaching work, went to three different training centers, but had trouble getting enough classes due to the spring festival, my lack of experience, and the fact that Guangzhou kinda sucks in general. No one there seems to have the courtesy to tell you what’s going on.

Everything seemed to be going wrong at the beginning of last year. In addition to running out of money and not being able to get enough work, I’d been kicked out of my room because of a one night stand. In hindsight, I should have known better than to move in with a mid-30s Cantonese cat collector. In a desperate move, I called one of my foreign colleagues, Natasha, a mid-20’s, not that likable girl from Florida. We worked in the same school and at the same training centers. No matter where we worked, people treated her preferentially. Perhaps, Guangdong is the Florida of China and that’s why it’s so terrible.

I told her I’d been kicked out and I desperately needed a place to stay. That’s when she told me about Susan’s hostel. The place was super dirty, but Susan was a cool, laid-back Hunan girl and we watched Chinese soap operas together while eating instant noodles. One day, as I lay awake in the top bunk thinking about how long I’d be able to stretch my last five-hundred RMB, I heard a plethora of English swear words. Thinking another foreigner had finally arrived, I turned my head to see a young Chinese woman struggling to slip her foot into a stiletto.

“You speak English?” I asked.

“I’m from the U.S. Born in Chicago but been living in New York for about four years. I’m Ellie, by the way.” I extended my hand.

She shook it. “I’m Chloe. I’m from Hunan province. Nice to meet you.”

“So, you wanna go make some money?”

My gut instinct told me that whatever we were about to do would be shady AF, but when faced with the frightening prospect of running out of money overseas and knowing that all my friends and family back home were super poor, I felt I was in no position to turn down an offer.

“Sure, what is it exactly?”

We went to a make-up shop where I had my make-up professionally done for the first time for the phenomenal price of twenty-five RMB. Of course, it’s China so that meant having a super white face while my skin remained brown everywhere else. Later, I went to several interviews and worked my first KTV room where the tip was about six hundred RMB. Same pay as my day job teaching English to first graders but with way less stress, more flexibility, and better hours.

In June of 2015, I quit my full-time teaching job with the agency, blocked all of my coworkers and supervisors on WeChat, and moved out to Guiyang. I continued to work in several KTV’s in the southwest. After Chloe left because she felt the local people were too rude and uncultured (her words, not mine), I was left to my own devices. No one around me could speak English which is precisely what I wanted in the first place. My Mandarin improved quickly. I stayed until my visa expired in August.

When I returned to China in Mid-March of this year, I immediately began working at a KTV in Shanghai while living with Chloe. She’d taken a day-time job at a trading company for a very low salary but said she felt satisfied. After two years of working in KTVs, she felt burnt out. I can’t blame her. Every job has the potential for burn-out, but working as a hostess in a KTV is like walking a special kind of tight-rope. You’re constantly fending off handsy guests, avoiding greedy managers, and side-stepping green tea bitches.

Some nights are easier than others. Some nights make a girl wanna cry. At the end of the day, I tell myself I’m only gonna do this job until I have enough money to open my hostel and pay back some of my debts. It’ll probably be about six months to a year. In the meantime, this is my KTV life. 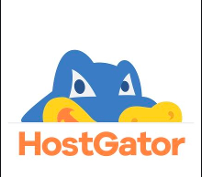 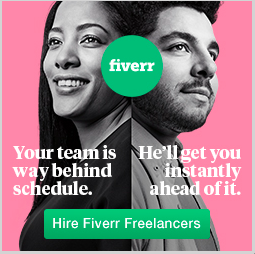